The PUSD Board agreements about unity of purpose, roles, responsibilities, norms and protocols that enable the governance team to continue to perform its responsibilities in a way that best serves all students are reflected in this Board Governance Handbook.


The overarching goal is to set and adhere to standards and practices that model the eight characteristics of an effective School Board: 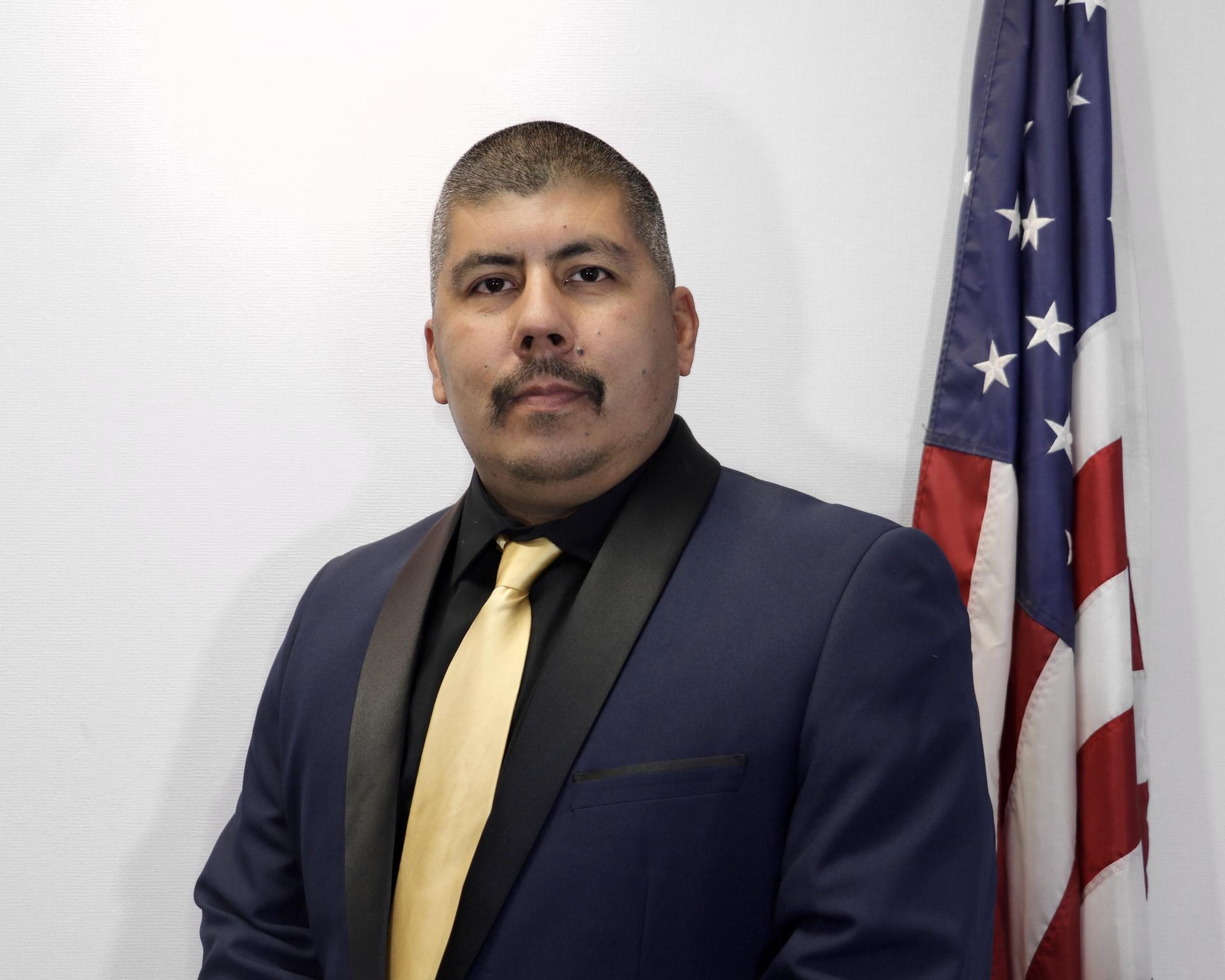 Board President
Eric Molina
Email: [email protected]
559.356.2917
Mr. Eric Molina was born in Fresno, California and has lived in Parlier for the last 47 years. He graduated from Parlier High School and attended Fresno Community College. He then attended the CDCR Academy in 1998. He has worked 22 years working for the California Department of Corrections: 7 years as an Officer, 13 years as a Sergeant, and 2 years as a Lieutenant. He is happily married to Victoria and proud father to four girls: Ariel, 26, Alexiz, 21, Naiyah, 10, and Mialah, 5. Ariel is finishing her degree in Criminology at Fresno State and Alexiz is completing her degree in Business. The two younger ones are currently students at Parlier Unified.  He is also a proud grandfather to Ammera, 3. He enjoys spending time with his family, traveling, and going to sporting events.
Mr. Molina has volunteered as a coach for Pop Warner, t-ball, and softball, and helped with PTC for the last 26 years. He has served 12 years on the School Site Council as President and also volunteered for the REACH program. He has completed three years on the Parlier Unified School Board: one year as Clerk, one year as Vice President, and one year as President. His term expires 2022. 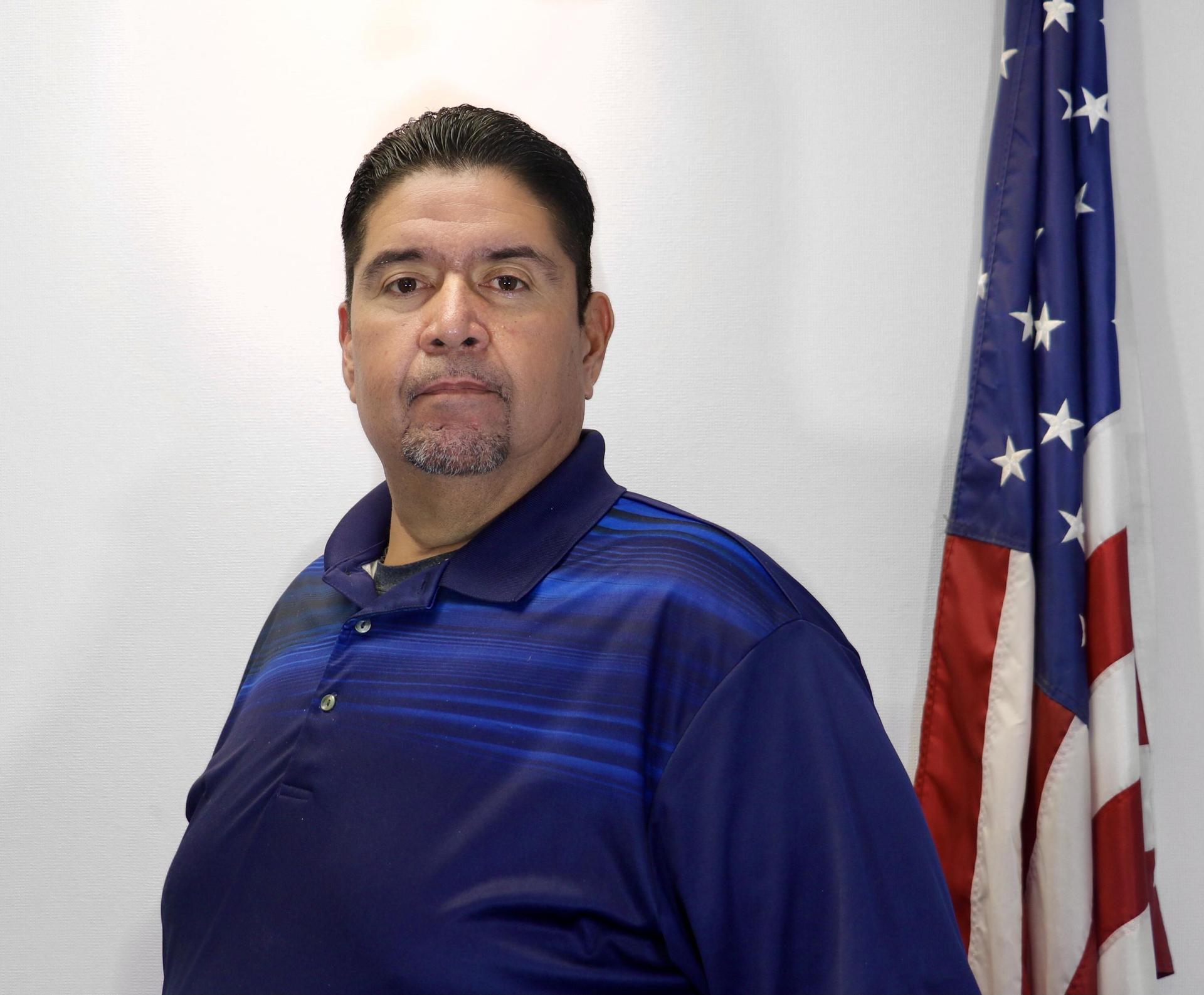 Board Vice President
Joseph Vasquez
Email: [email protected]
559.356.4145
Mr. Joseph Vasquez was born in Fresno, California and has lived in Parlier for 40 years. He graduated from Parlier High School and attended Reedley College. He has been married to Esther for 30 years. He is also a proud father of two children: Jordan, 27, and Sara, 24, who both live in Parlier. They have 7 dogs who are considered family. He worked for Parlier Unified for 33 years as a Home Liaison and coached 20 years of football and basketball. As Camp Director for IHS, he organized the youth basketball camp K-12. He believes in youth development and loves coaching and make others better. He also volunteers with the community food give away and supports all sport activities and events Parlier High School puts on. He has completed his third year of service on the Parlier Unified School Board with one year as Vice President. His term expires 2022. 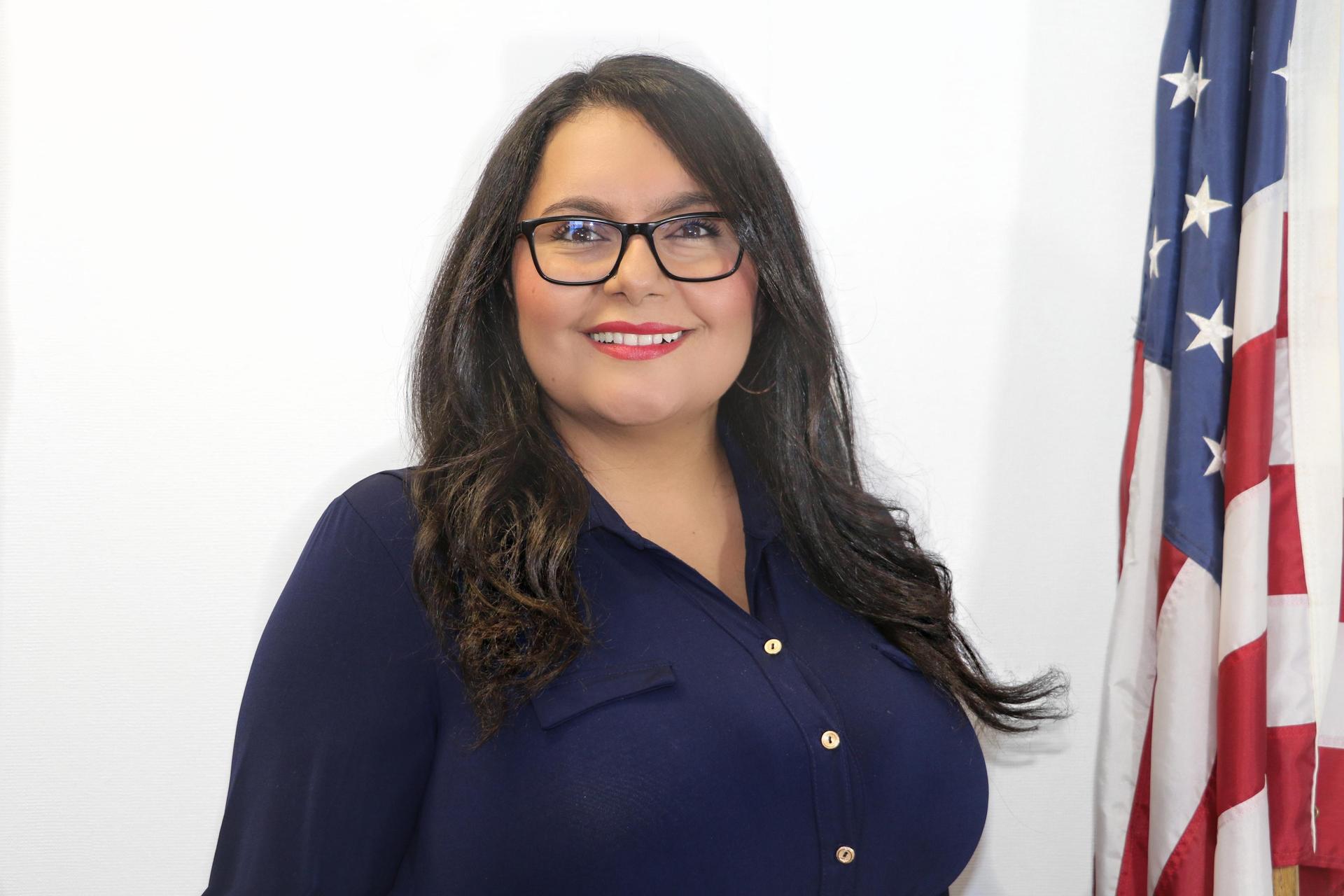 Board Clerk
Elizabeth L. Tienda
Email: [email protected]
559.356.0990
Mrs. Elizabeth L. Tienda was born in Sanger, California and raised in Parlier. While attending Parlier High School, she also attended Reedley College to gain college units prior to graduating from high school. During high school she held positions in Leadership Club, French Club President, Junior Class President, and ASB President. She graduated from Parlier High School in 2005. After high school she moved to the Fresno/Clovis area to attend CSU, Fresno. She interned fro Parlier Police Department for her undergraduate degree and graduated in 2009 with her Bachelors in Criminology with an emphasis in Corrections and a Drug and Alcohol Certificate. She graduated from National University in 2017 with her Masters in Educational Counseling with her Pupil Personnel Services credential. She has been married to Juan for 13 years and a proud mother to her two kids: Joseph, 10, and Zachary, 6. They have two doggies: Gunner (Golden Retriever) and Ranger (German Shepherd) and one cat: Snowball (rescued feral). She moved to San Luis Obispo, California for one year due to her husband having to relocate for work. They returned to Parlier to be with family. She has lived in Parlier for 30 years out of her 33 years of life. She has worked in education for 10 years: 6 within Parlier Unified in different capacities including teaching. She also coached the Parlier Junior High girls basketball team and took them to League Champions one year. She also volunteered several years for Parlier Police Department's graffiti/community clean up committee. She is currently a PBIS Coordinator (school counselor) and serves as Secretary for the local Rotary Club of Parlier. She has completed three years on the Parlier Unified School Board: one year as Vice President and one year as Clerk. Her term expires 2022. 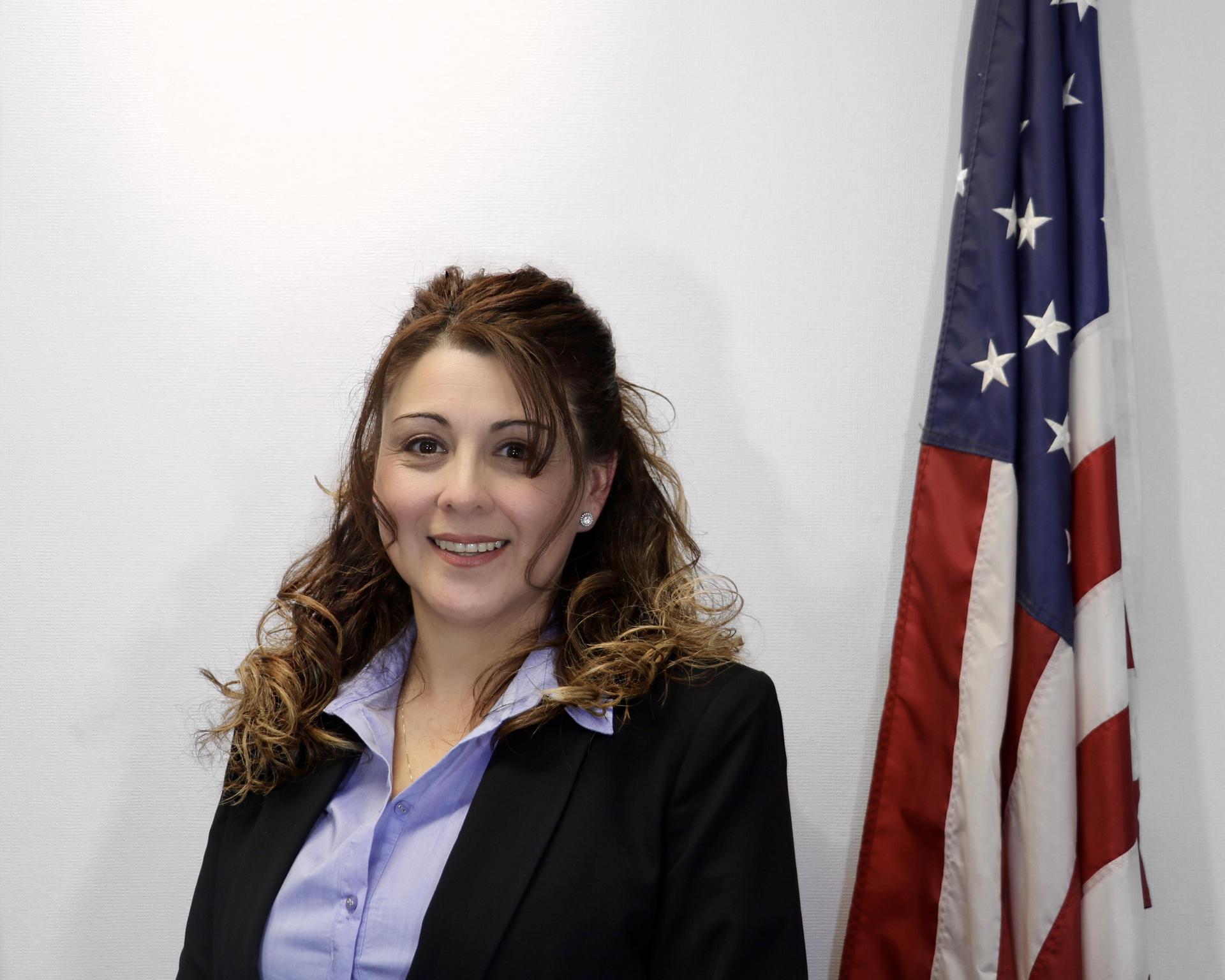 Mrs. Elena Gonzales was born in Sanger, Califiornia to parents Salomon and Maria Escutia. She is the daughter of farm working parents that taught her the values and morals to always work hard and put 100 percent in what you want and believe in. She is a Parlier High School alumni, Class of 1990. She is married with three children. Mrs. Gonzales is an accomplished revenue cycle specialist with over 30 years of experience in revenue cycle management and is an independent consultant.

Mrs. Gonzales and her family always help where needed and will continue to volunteer their time for the kids in our community. 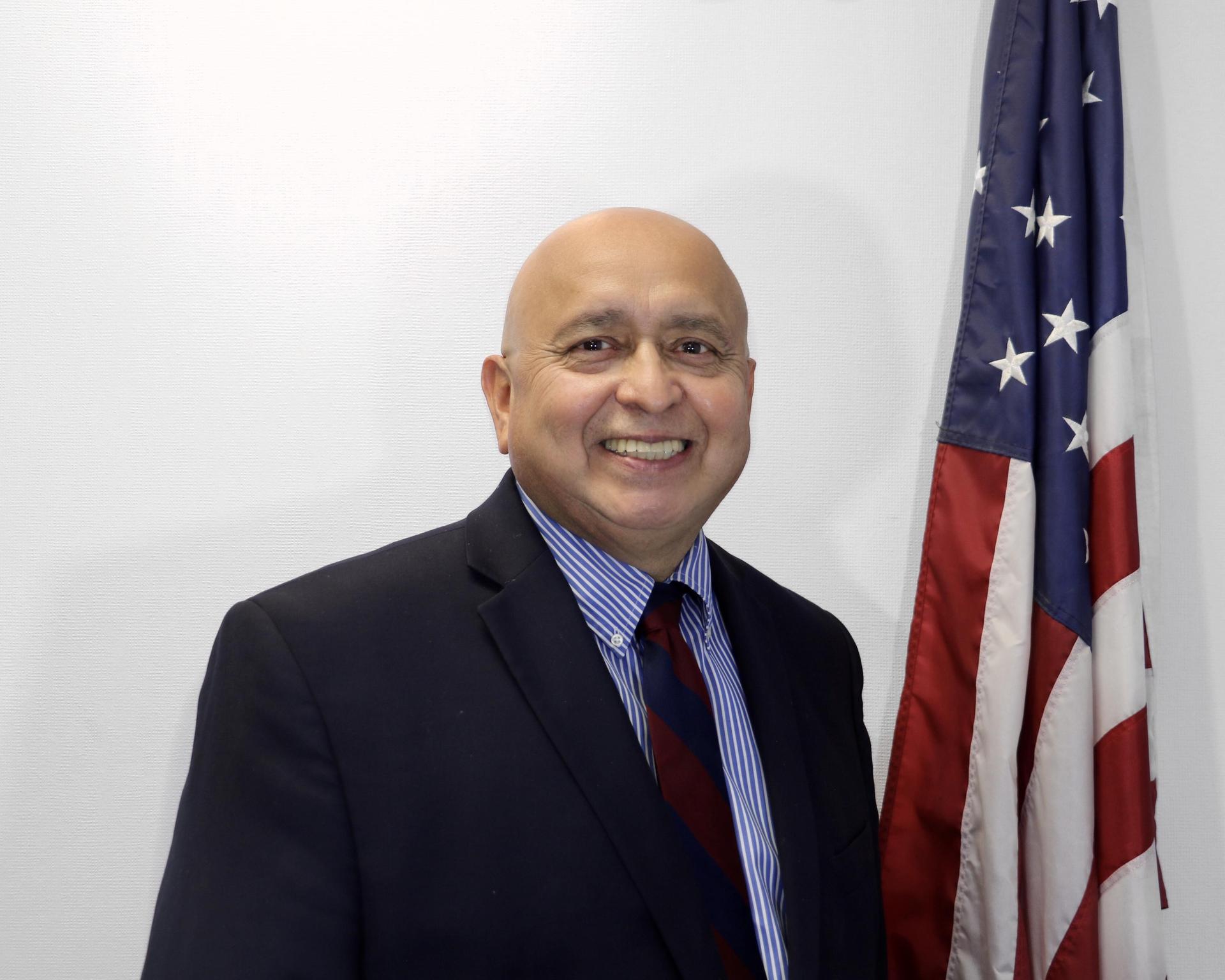 Board Member
Martin Mares
Email: [email protected]
559.847.6209
Mr. Martin Mares is married to Sulema Quintanilla Mares. She is an educator in the Fresno Unified School District. They have three children. Their son Andres Mares and daughter Jacqueline Mares both study at Fresno State University.  Their daughter Izabela is a 10th grader at Sanger High School. His grandparents first came to Parlier in 1910 as farm workers. He spent most of his early years in Parlier working in the fields with his six sisters, brother, and parents.
As a Parlier High School graduate of 1977, he pursued his academic studies at Fresno City College earned his AA Degree in Liberal Studies with honors. He continued his education at Fresno State University earning a Bachelors of Arts Degree in Business Administration and a MA in School Administration and Supervision. He has also been recognized as a Danforth Scholar, Channel 30 Educator of the Week, Association of Mexican American Educators Administrator of the Year, Hispanic Scholarship Fund Administrator of the Year Nominee, Parlier Unified School Administrator of the Year, City of Parlier recognition, and featured in numerous newspaper and magazine articles. He has worked as a school educator for 30 years.
As a new board member, he has high expectations for all students, parents, and educators. He looks forward to working with district administrators and fellow board members to implement cutting edge programs, adding more courses in Advanced Placement, Career and Technical Education, and Dual Enrollment to help our students apply to selective universities throughout the United States. He is determined to work with the board to build more facilities like the future Parlier High School Multiple Purpose building (cafeteria) and purchase new land for future growth.  "It is imperative that we prepare students to be able to work together as a team in a new technological world that will require them to have strong networking soft skills."
He enjoys playing and watching sports, reading, traveling, and coaching future world leaders.